The formal establishment of the Association of University Departments of General Practice in Ireland in 1997 followed an initiative by Tom O’Dowd – TCD and Bill Shannon – RCSI. Its mission was to provide a network and forum for academic departments on the island of Ireland to work together in teaching and research.

The AUDGPI provides a forum for the dissemination of research through the Annual Scientific Meeting. 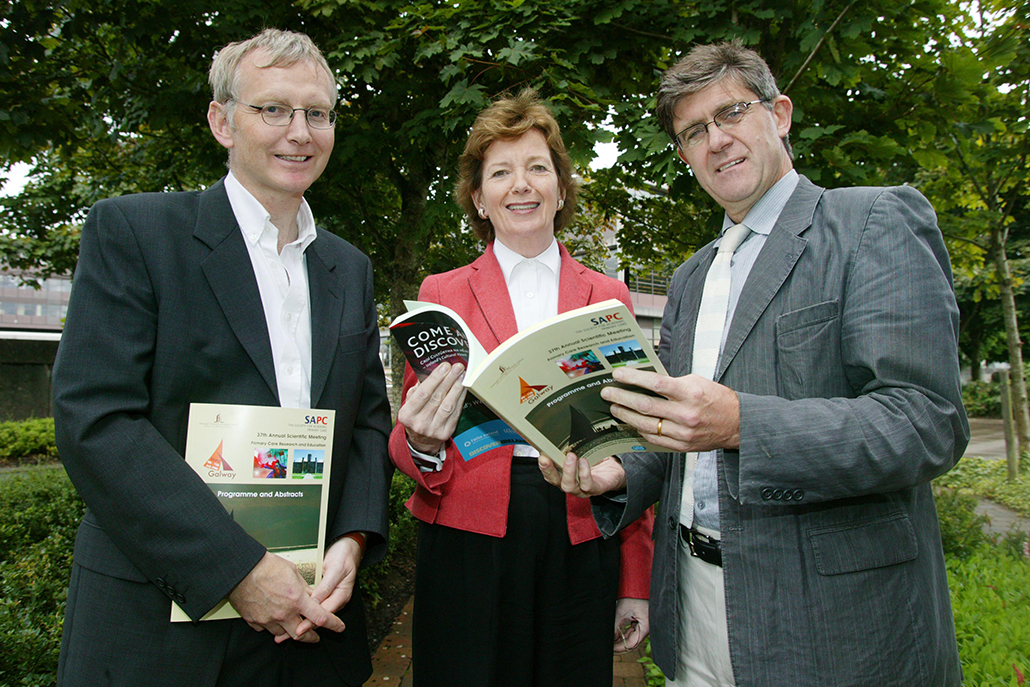 The case for primary care R&D was initially raised in the Primary Care Strategy published by the Department of Health and Children in 2001. It was thought that this strategy provided a golden opportunity to develop research and indeed academic general practice. The AUDGPI engaged Professor John Howie and Fionan O’Cuinneagain to help chart a way forward for us in 2002.

In the foreword of the AUDGPI sponsored 2002 Howie O’Cuinneagain report on ‘The present position and future needs of department of general practice in the medical schools of Ireland’, Michael Boland wrote the following,

‘The creation of chairs and departments of general practice were amongst the most important aspirations of the founders of the Irish College of General Practitioners in 1984. Naively perhaps it was assumed that a professorial appointment would be accompanied by a critical mass of academic staff, a significant role in the curriculum, and funding for teaching practices and a research agenda.

This expectation was based on the gathering pace of undergraduate curriculum reform in other European countries and international recognition for the importance of community based primary medical care experience for all students.’

Exposure to general practice was recognised as professionalising medical students and it is the only time they have significant one to one teaching from a senior colleague. General practitioners as a professional group were initially wary of academic GPs.

The ICGP and others worried that a better supported and more effective academic general practice community might divert limited resources. In 2006 the Mant report, published by the Health Research Board again with the help of the AUDGPI.

However, it is clear from Professor Mant’s report that existing R&D capacity does not reflect the importance of the role of primary care in the health system and that current Irish research output and impact are modest when benchmarked against the UK and other European countries. The report analysed the reasons for this situation and put forward 14 recommendations for the development of primary care R&D in Ireland. The recommendations are addressed primarily to the HRB, the Health Service Executive and third level institutions.

Over 80% of general practitioners in Ireland are now working in partnerships and most graduates of our medical schools over the last 15 years cannot remember a time when there were no academic departments. We now have teaching practices who take undergraduate medical students for prolonged periods and who have registrars in training for a year at a time and interns for shorter periods.